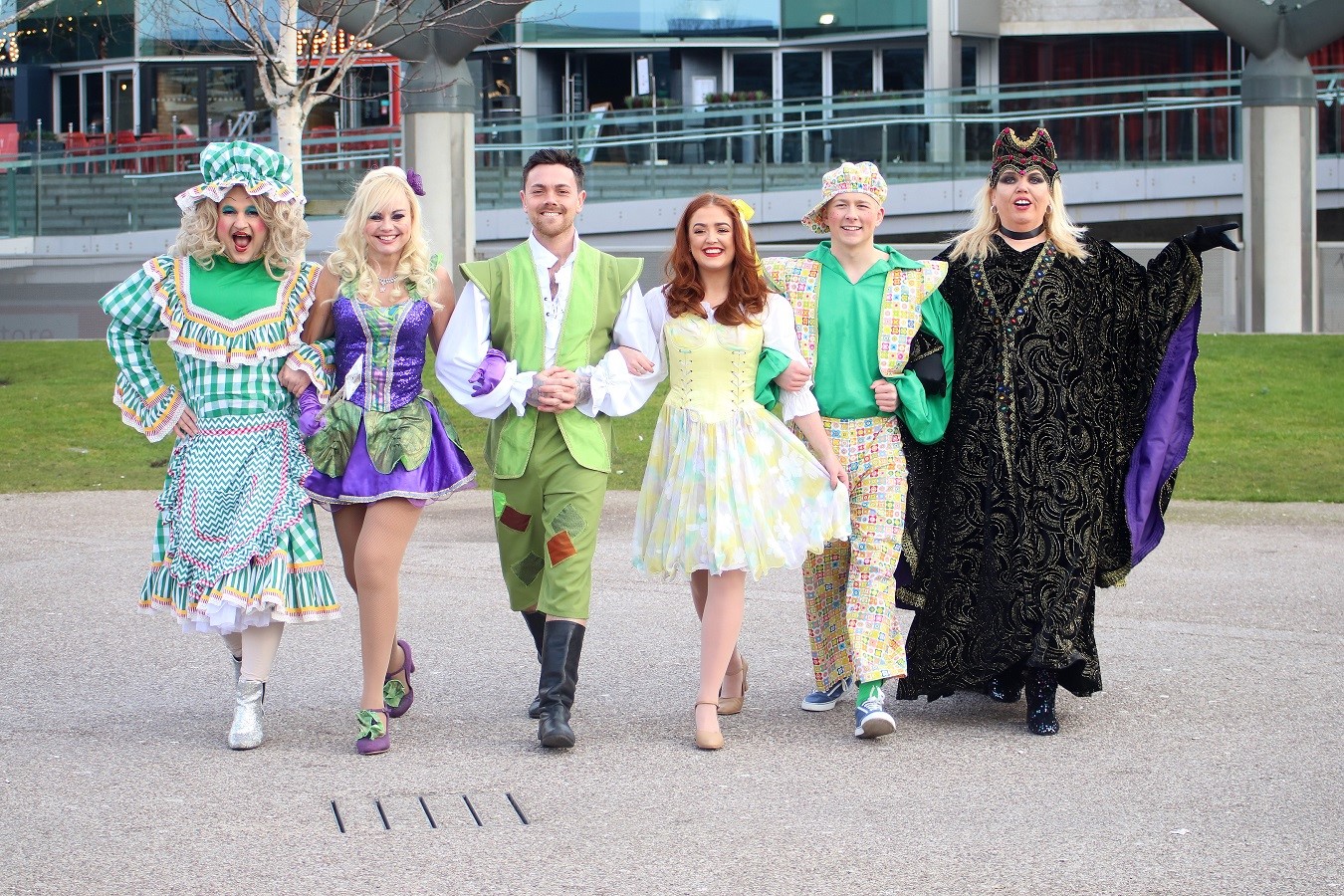 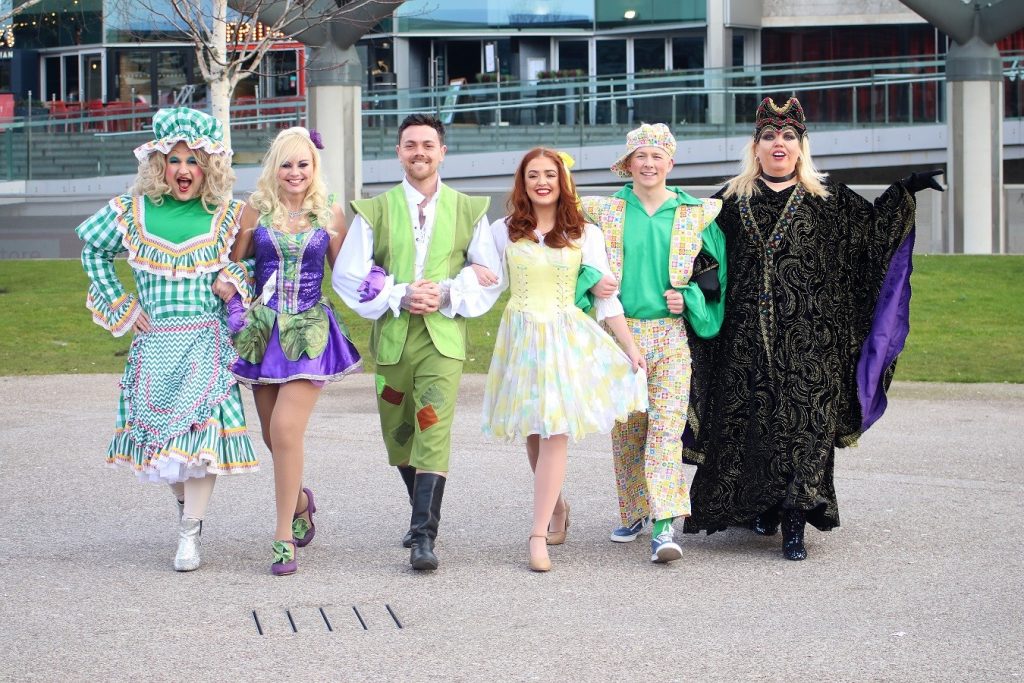 The cast of Jack & The Beanstalk at The Epstein Theatre. Photo credit: David Munn

Liverpool’s very own Ray Quinn will lead the all-star cast in Jack and The Beanstalk at The Epstein Theatre this Easter.

But first, the cast made a quick stop at Liverpool ONE to pose for the paparazzi and have ‘selfies’ with the public, before arriving at The Epstein Theatre where press and VIPs received an exclusive sneak peek of what to expect this Easter.

The glitziest fairy in all the land, Radio City 2’s Claire Simmo – who plays The Veggie Fairy – was on hand to host the lunchtime event and introduce her fellow all-star cast members.

Headlining Jack and the Beanstalk is multi-talented singer, dancer and actor, Ray, who first came to our attention in 2000 on Channel 4’s Brookside and won the hearts of the nation in 2006 when he finished runner up on ITV’s The X Factor. Ray’s debut album Doing It My Way entered the charts at number 1, selling over 300,000 copies without even releasing a single.

He then skated to victory not once, but twice on the ITV show Dancing On Ice – first as Series 4 champion in 2009, and then again on the All Stars series in 2014.

Ray has appeared in some of the biggest hit shows including Grease, Dirty Dancing and Legally Blonde and most recent, in the UK tour of the smash musical The Wedding Singer starring as Glen.

Joining Ray is the sensational Lindzi Germain who is sure to soak up all the boos and hisses playing the evil Fleshcreep.

No stranger to the Liverpool stage, the actress and writer is a favourite across the city and Lindzi has appeared in countless productions including Bon Voyage at The Epstein Theatre; The Scouse Nativity and The Royal at The Royal Court Liverpool; and The Ale House at Liverpool Grand Central.

After his dazzling performance as Peter Pan at Christmas, Lewis Pryor returns to the Epstein stage and once again gets set to take audiences by storm playing Silly Billy.

Currently studying at Liverpool’s Jelli Studios, Lewis appeared in 2016’s series of Britain’s Got Talent, finishing third place in the live finals as a member of dance troupe, Boogie Storm, after receiving the coveted golden buzzer spot from Simon Cowell.

Hoping to win Ray’s heart, the role of Jill will be played by rising young star, Mia Molloy.

The Liverpool Theatre School graduate has appeared in productions across the region with theatre credits including Liverbird Song – The Liverpool Blitz Musical at The Epstein Theatre, Our Day Out at Royal Court Liverpool and Snow White and the Seven Dwarfs at The Floral Pavilion.

Last, but certainly by no means least, no LHK Productions panto would be complete without Liverpool’s favourite Dame, the hysterical Michael Chapman who writes and directs the show. He will be bringing his brilliant one-liners and sharp wit, causing mischief aplenty as Dame Trott.

During the afternoon, guests were treated to a special performance from Ray and Mia who sang their solos – both wowing audiences with their vocals!

Speaking at the launch, LHK Productions Managing Director Lee Kelly said: “It has been fantastic bringing the cast together today, they are all ridiculously talented performers. I cannot wait for rehearsals to begin and to open the show to the amazing audiences of Liverpool this Easter!”

Jack and the Beanstalk is the tallest of gloriously tall panto tales, telling the story of hapless hero Jack who swaps the family cow for a bag of beans.

With a beanstalk reaching the heavens, golden geese and hungry giants, this show really is too big to miss. Be sure to join LHK Productions and The Epstein Theatre this Easter for Liverpool’s best value panto, with tickets starting from just £11.

Please note: Ray Quinn will not be appearing in performances on 6, 7, 8 April. 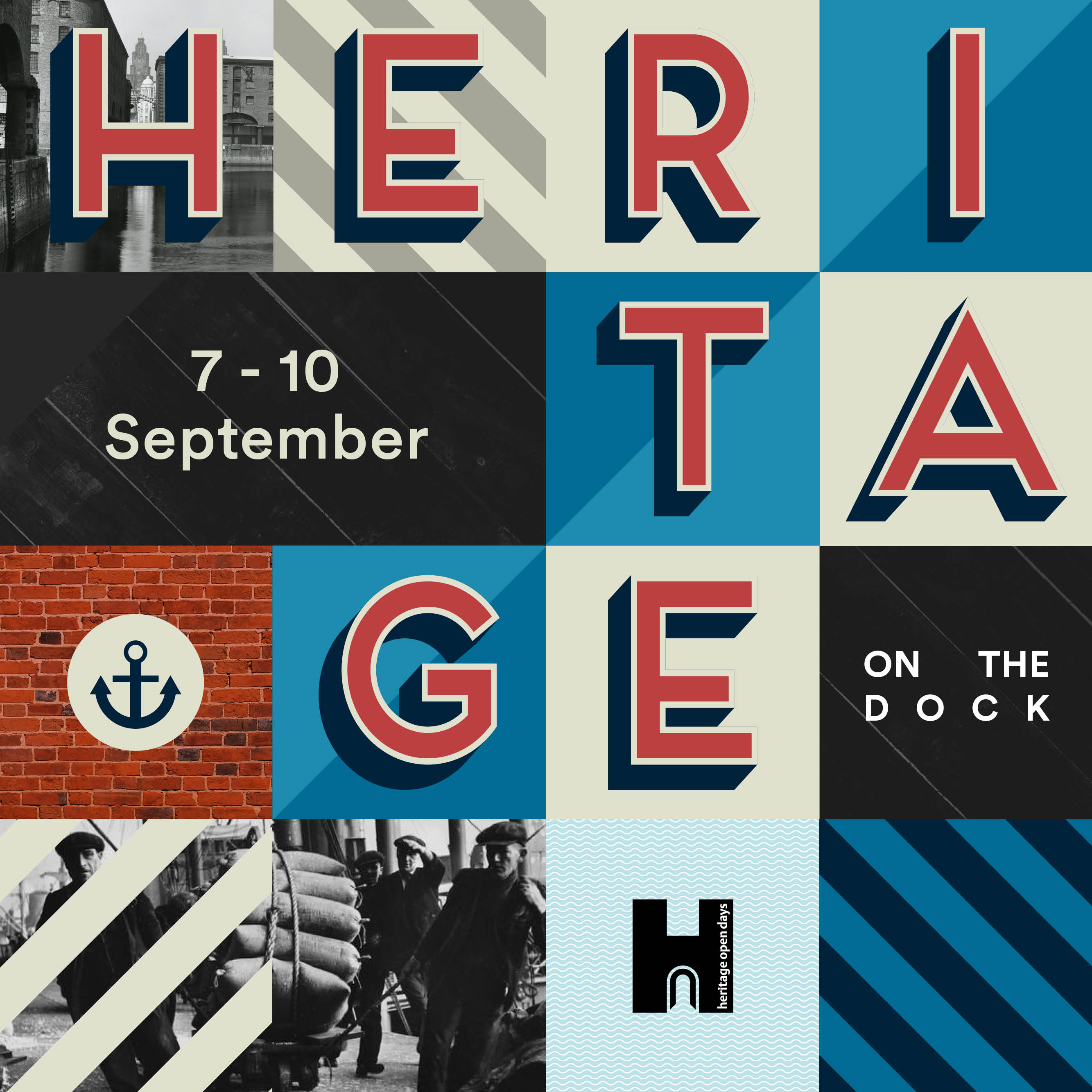 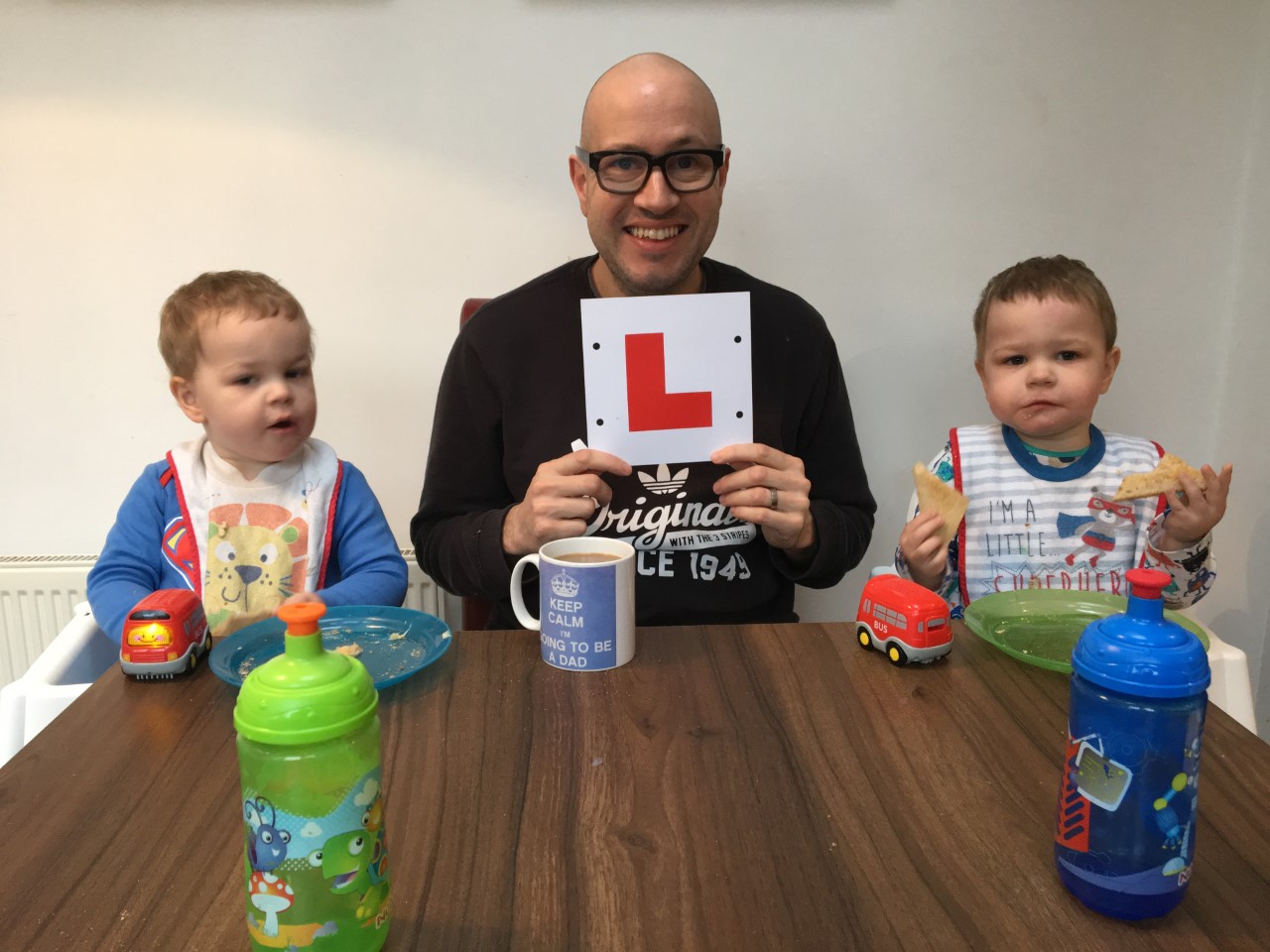 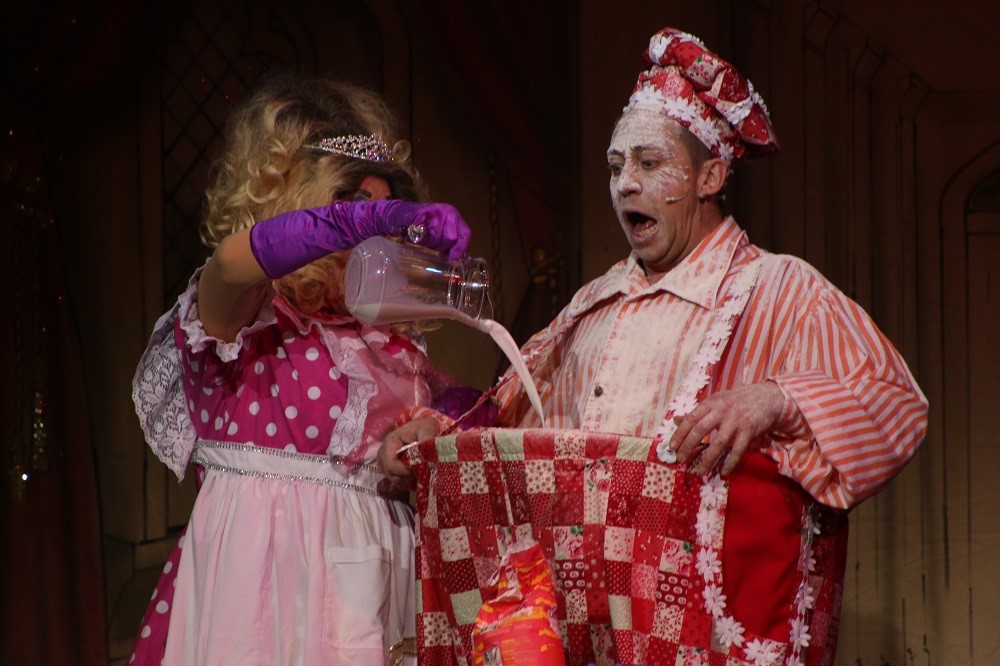